Running a Graph Node on Moonbeam¶

A Graph Node sources events from a blockchain to deterministically update a data store that can be then queried via a GraphQL endpoint.

The steps described in this guide have been tested in both Ubuntu 18.04-based and MacOs environments, and they will need to be adapted accordingly for other systems.

Before diving into setting up a Graph Node, you neeed to have the following installed on your system:

In this guide, you will learn how to run a Graph node against a Moonbase Alpha tracing node with the tracing flag enabled. This guide can also be adapted for Moonriver.

To spin up a full node with the tracing flag enabled, check out the Debug & Trace guide.

The first step is to clone the Graph Node repository:

Next, execute the setup.sh file. This will pull all the necessary Docker images and write the necessary information in the docker-compose.yml file.

The tail end from the logs of the previous command should look something similar to: 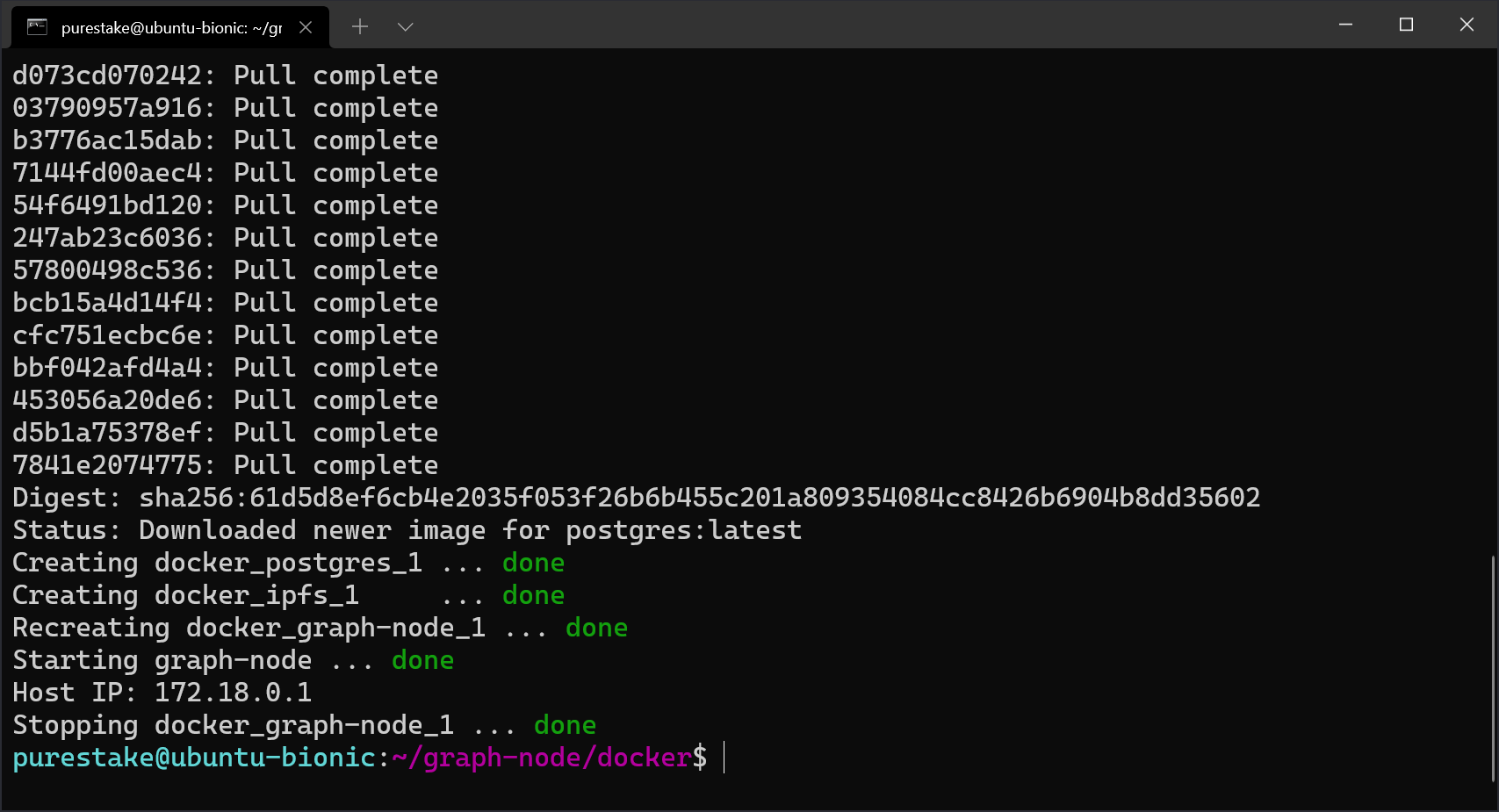 Once everything is set up, you need to modify the "Ethereum environment" inside the docker-compose.yml file, so that it points to the endpoint of the node you are running this Graph Node against. Note that the setup.sh file detects the Host IP and writes its value, so you'll need to modify it accordingly.

The entire docker-compose.yml file should look something similar to: 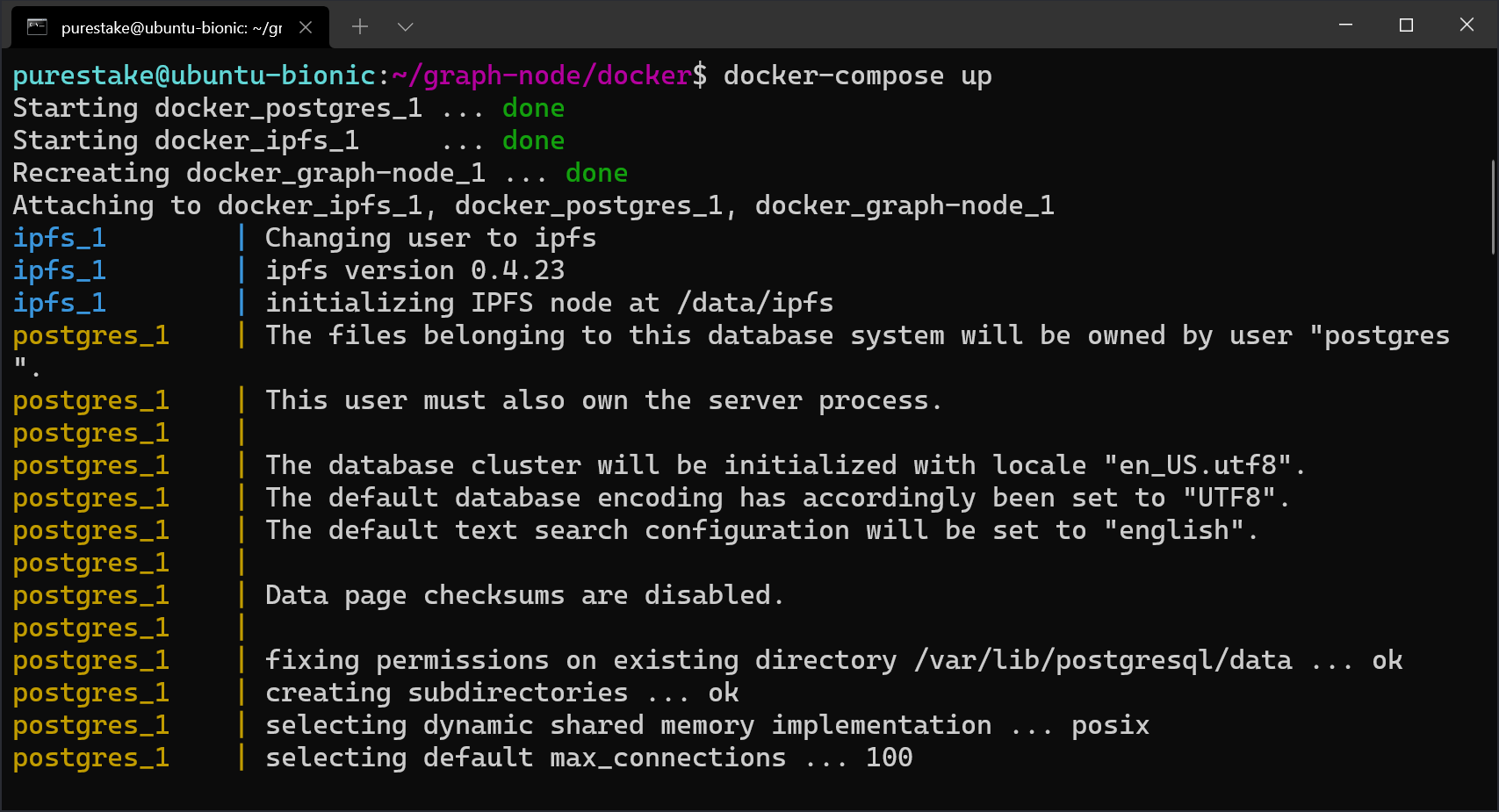 After a while, you should see logs related to the Graph Node syncing with the latest available block in the network: 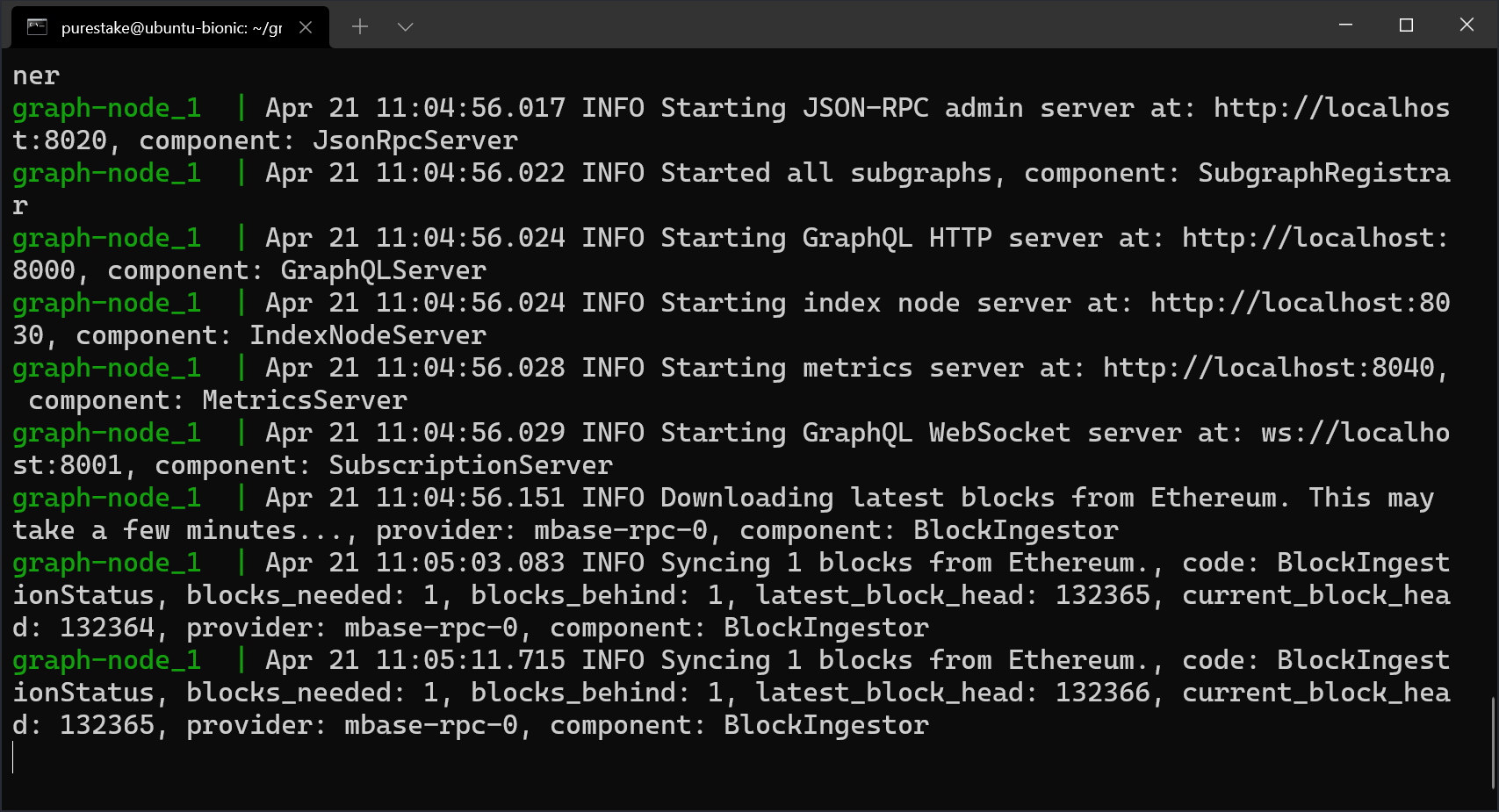 And that is it! You have a Graph Node running against the Moonbase Alpha TestNet. Feel free to adapt this example to a Moonbeam development node or Moonriver as well.