This page will outline the steps for verifying smart contracts on Moonbeam networks through block explorers.

In order to verify a smart contract on a block explorer, the contract must be first deployed on the target network first. This tutorial will be deploying the smart contract to Moonbase Alpha.

You can check this page for a tutorial on deploying smart contracts using Ethereum libraries on Moonbeam. You may also use a developer tool such as Remix, Truffle, or another tool if preferred, to deploy the smart contract to Moonbeam.

This tutorial will use the same contract as the above deployment tutorial for the contract verification example.

The contract used is a simple incrementer, arbitrarily named Incrementer.sol. The Solidity code is the following:

You will need to collect some information related to the contract's compiler and deployment in order to verify it successfully.

The next step will be verifying the smart contract in an EVM compatible explorer for the Moonbeam network that you deployed to.

Take the following steps to verify the contract on Moonscan:

On the second page, the Contract Address, Compiler, and Constructor Arguments fields should be prefilled, fill in the rest of the information:

After a short wait, the result of verification will be displayed in the browser, and a success result page will display the contract's ABI encoded constructor arguments, the contract name, bytecode, and ABI. 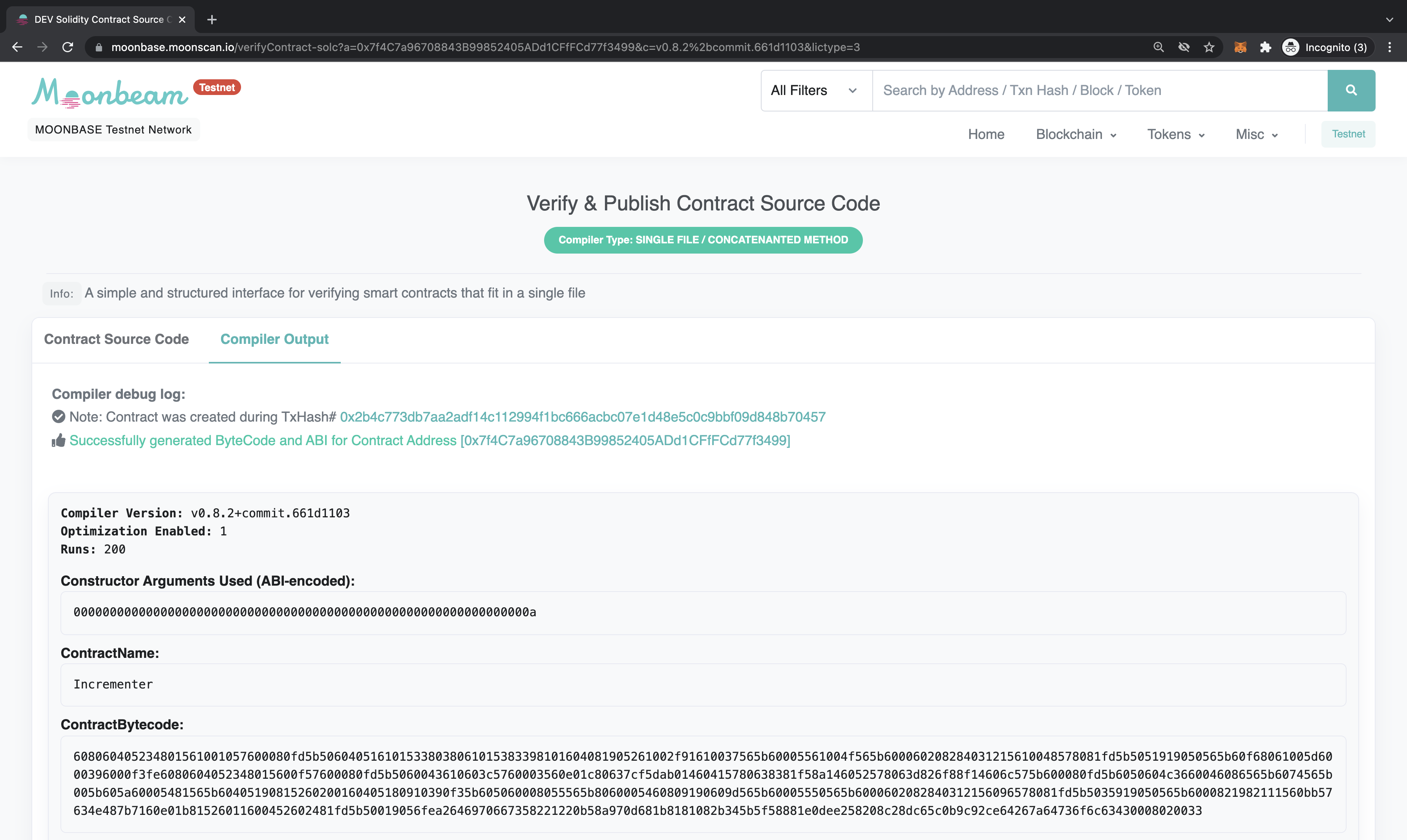 Go to the contract's page on BlockScout for the respective network by searching for its address, and click on Verify & Publish under the Code tab. 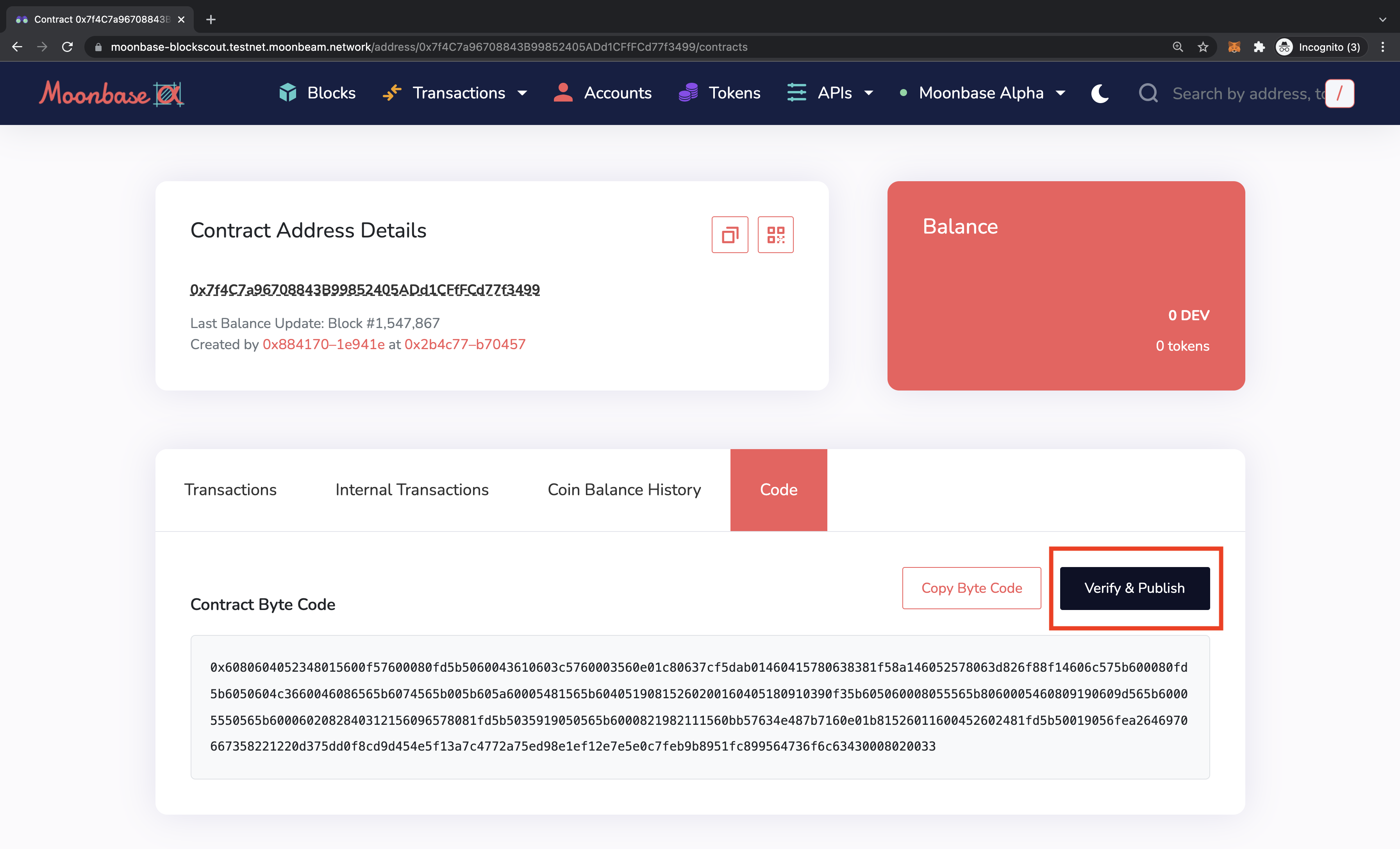 On the verification page, the contract address will be prefilled. Fill in the following information:

After a short wait, if the verification is completed successfully, the browser will return to the contract's Code page, displaying information including the contract's ABI encoded constructor arguments, the contract name, bytecode, ABI and source code. The contract page will also have two additional tabs, Read Contract and Write Contract for users to read or write to the contract directly. 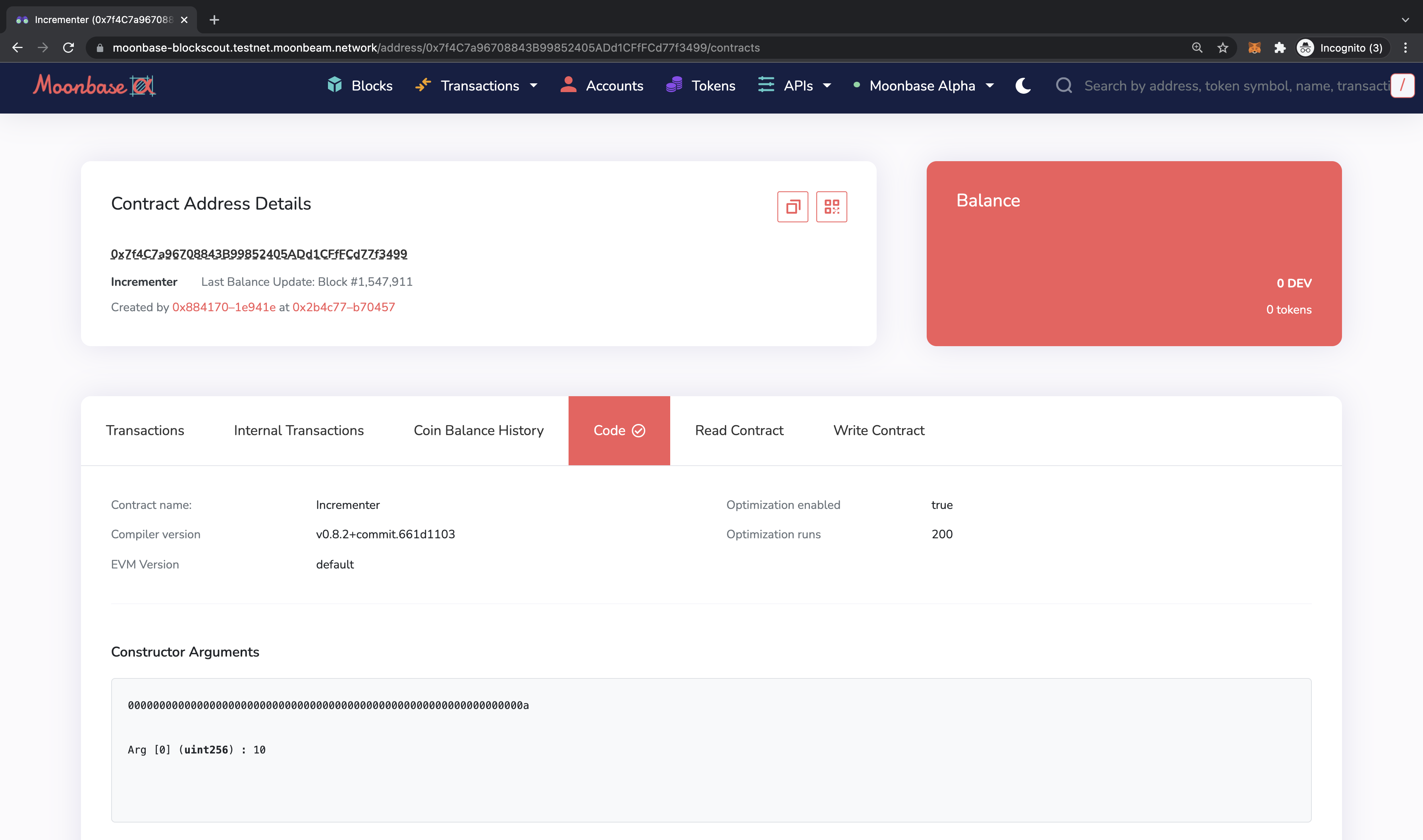 For verifying smart contracts that are made up of multiple files, the process is slightly different and requires some pre-processing to combine all dependencies of the target smart contract into a single Solidity file.

After flattening the multi-part smart contract, it can be verified using the new flattened Solidity file on a block explorer the same way that a single-file smart contract is verified as described in this tutorial.

For verifying on Moonscan, there is a built-in feature to process multi-part smart contract.

Select Solidity (Multi-part files) under Compiler Type (step 3 of the above example). Then on the next page, select and upload all different Solidity files that the contract consists of, including their nested dependency contract files. 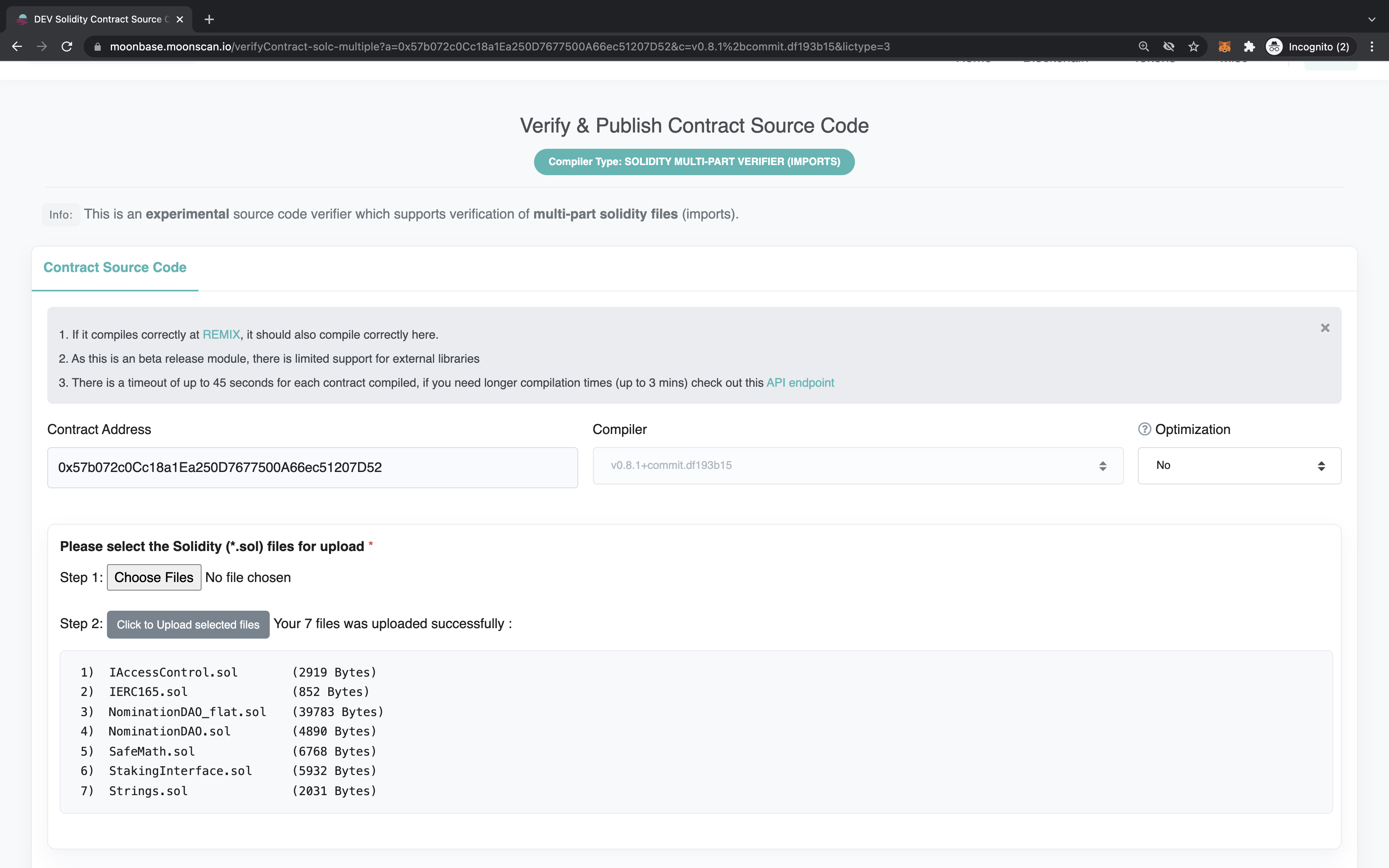 Aside from that, the process is the largely the same as verifying a single-file contracts on Moonscan.